250 ANNIVERSARY OF THE FACULTY OF NAUTICAL OF BARCELONA

The library has an active participation in much of the activities that are carried out at the Faculty to commemorate it 250 anniversary of its creation.

We have also done some own activities to publicize the collection and history of the Library: 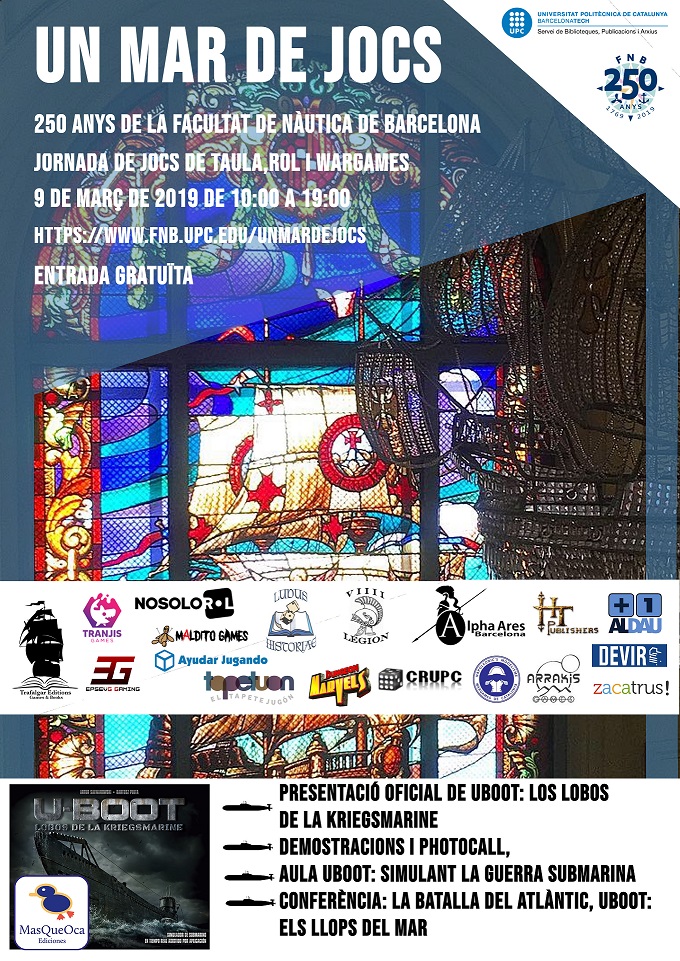 Round table, simulation and maritime games, free and open to the public of all ages. Organized by the library on 9 X of 2019 on 10h.-19h.

Of the day it is necessary to stand out the official presentation of the edition in Spanish of the last sensation in games of table and simulation the Uboot: Wolves of the Kriegsmarine of the editorial Masqueoca, and the conference "The battle of the Atlantic, Uboot: the wolves of the sea"by the educator Asier Rojo.

In order to add a solidarity value to the activity, a charity raffle was made of a game and leisure product basket valued at more than € 250. The profits were destined for the non-profit Catalan association "Help playing".

You can expand the information on the web "A sea of ​​games".

The curiosity of the library

Monthly, we are looking for a historical and curious story related to the Library or the Faculty and we publish it in the news bulletin, on the web, at Canalbib and on social networks.

The topics published so far are: 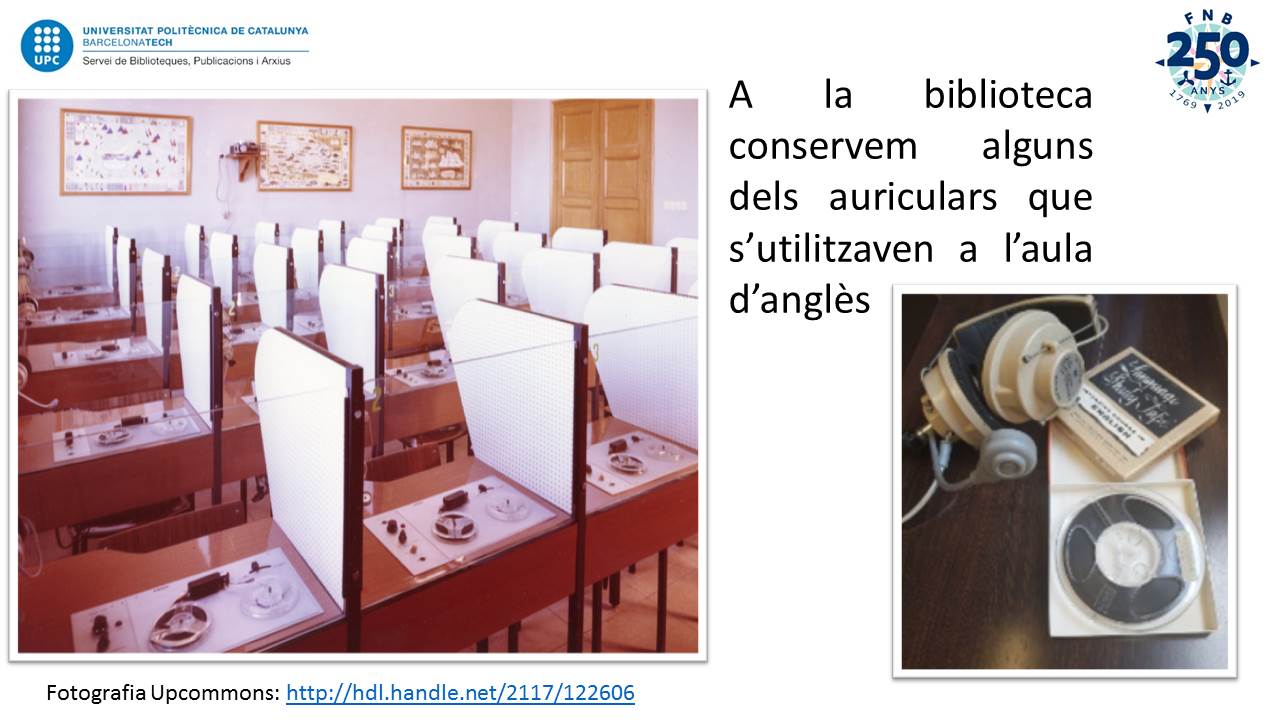 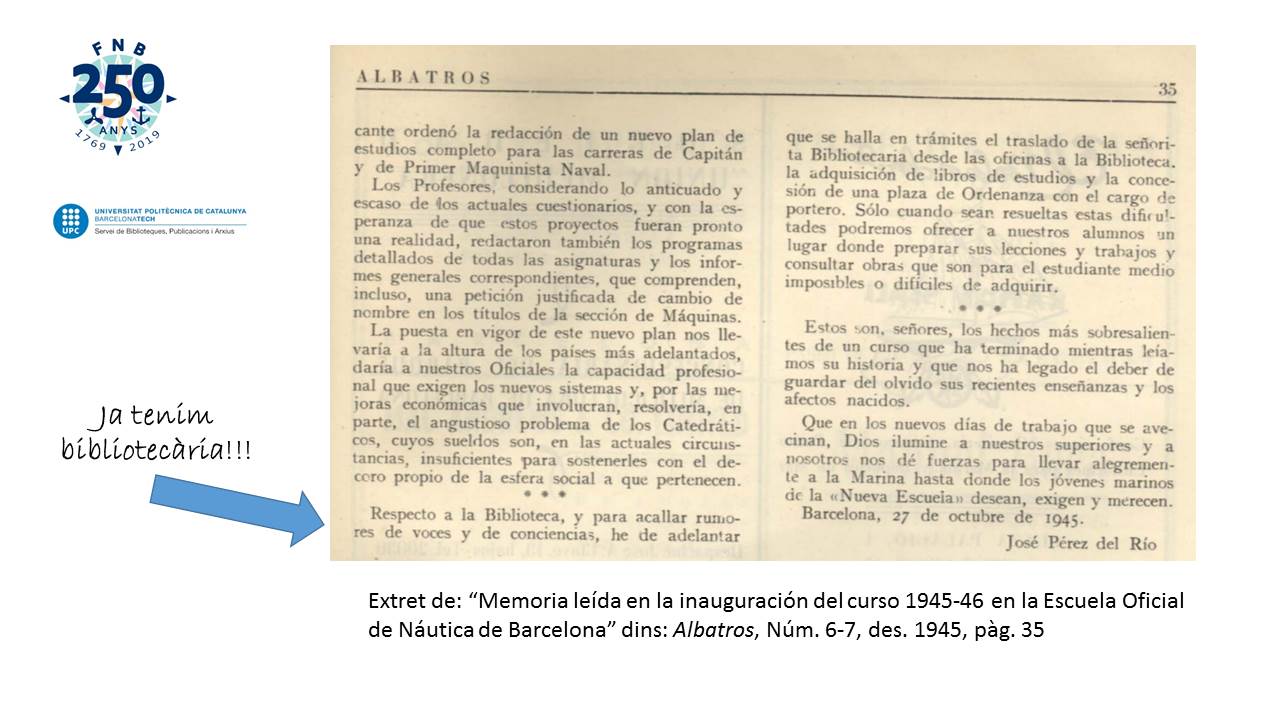 In the old archive of the library we have them Logarithmic tables of hyperbolic natural numbers and those of the trigonometric line ... ausiliares for the uses of navigation (1851) used at the time as a student's textbook. The work was written by the professors Calvet and Bonet, who were also directors of the Nautical School.

To discovery UPC you can check them bibliographic data. 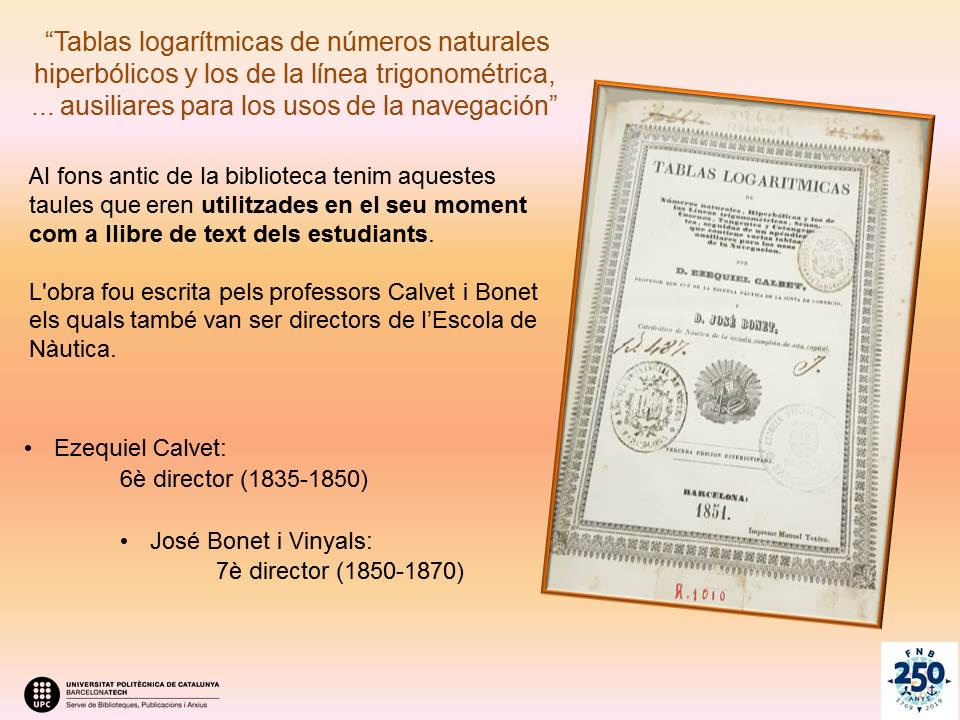 In the bulletin of the students of the "La Marina Menguante" School of the month of March of 1997 the list of "top ten most consulted in the library since January"The magazine costs 50 pesetas plus a donation. Some of these books are still a reference for more than twenty years later! 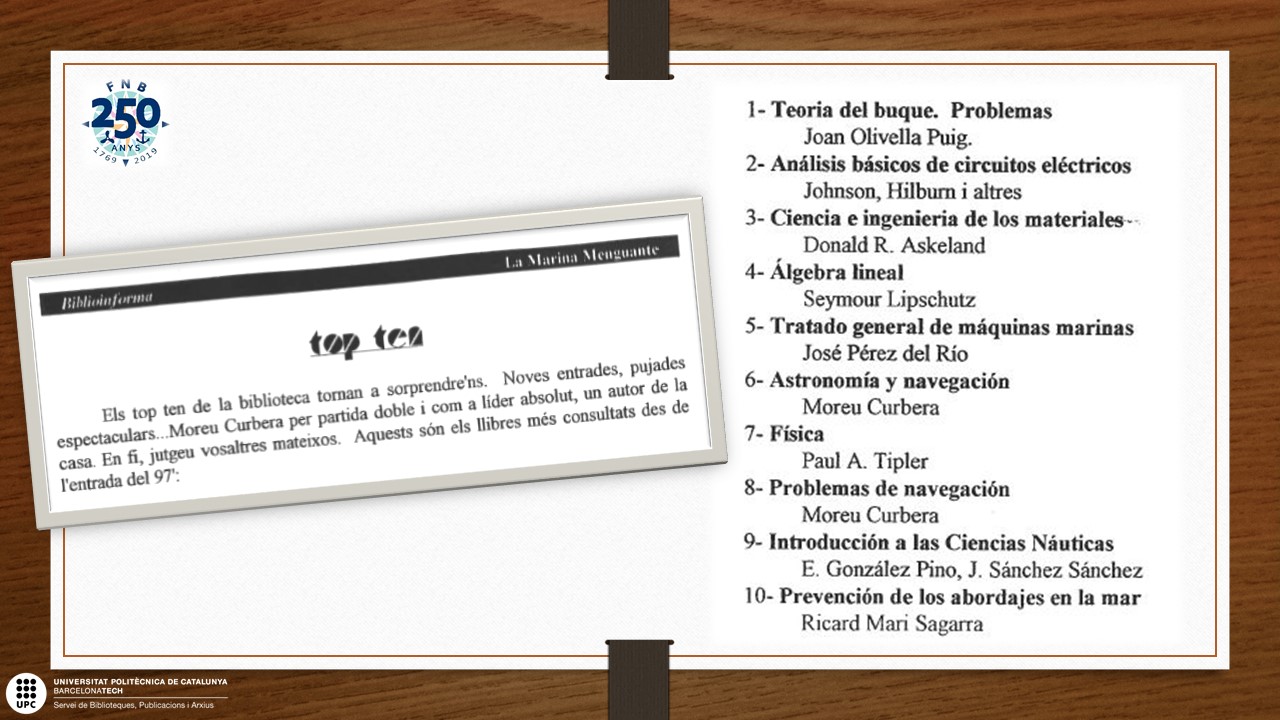 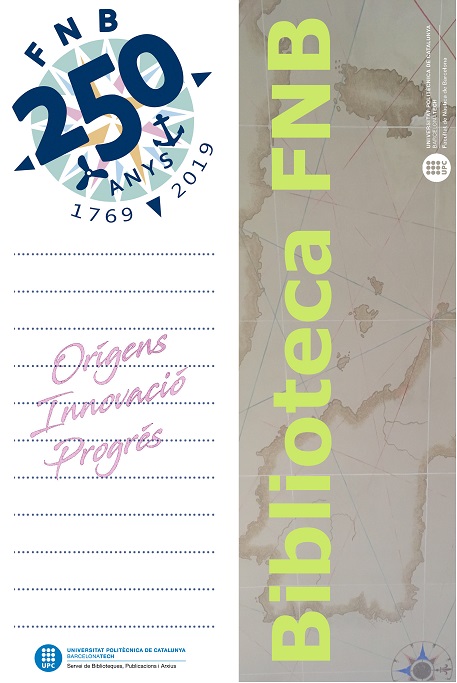 We present one bookmark with which we want to reflect the news and history of our faculty.

We have chosen an image of roof of the library to represent the most historical part. The typography we have chosen from color

green chairs which represent the most modern and current part of the library.

On the other side of the bookmark, the logo of the book stands out 250 anniversary of the Faculty.

Exhibition of books from the old collection: a historic Sant Jordi

To celebrate this special Sant Jordi, framed within the 250è Aniversari de la Facultat, we offer you a tasting of some books from our old collection.

Among the chosen ones from the 18th and 19th centuries, there are some writings by the first directors: Fray Canellas, Manuel Sans, Ezequiel Calvet and José Bonet, as well as a book by Jorge Juan de 1771.

L'exhibition It takes place in the hall of the 23 Faculty from April to May 26.

You can find out which books we have exposed through Sant Jordi bulletin.

Virtual exhibition: The library makes history, 250 years of the FNB 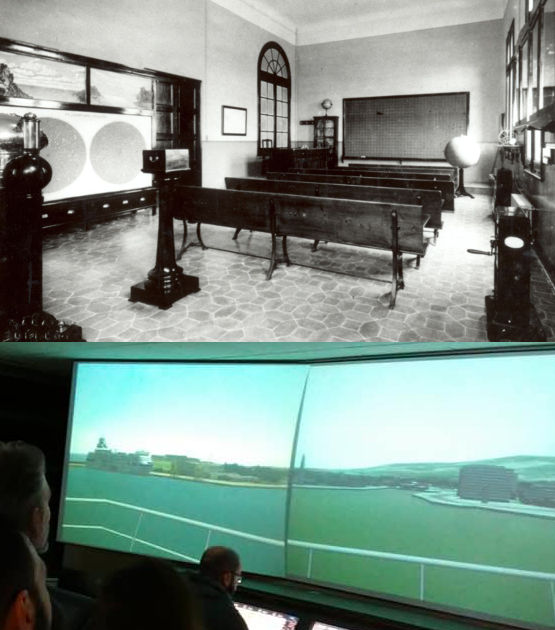 The Library of the Faculty of Nautical of Barcelona presents the virtual exhibition "The library makes history: 250 years of

the FNB"We take a short tour of the different buildings, for classrooms and workshops, for the library and offices ... We also have

wanted to make a small tasting of the apparatuses, instruments and boats, as well as of the academic and playful activities and, of course, of

people who have kept alive the school since Sinibald Mas created the Free Nautical School in 1769 year.

Exhibition of manuscript nautical letters made by students (S.XVIII-XIX)

The library exposes a selection of handwritten nautical charts made by students in the early years of the school (S. XVIII-XIX). Some of the cards are in digital version.

The exhibition is on the first floor of the 5 building on 25 in November of 2019.